Low Voltage Switch Cabinet often has large and small faults in our daily use. For example, after being used for a long time by low voltage switch cabinet, it will cause switch cabinet failure due to improper operation and so on. This is the overall use. It has a great impact, then there is no way to avoid these failures, or to reduce the damage to the high and low voltage switchgear. The Low-Voltage Power Distribution Cabinet Factory will explain this in detail. 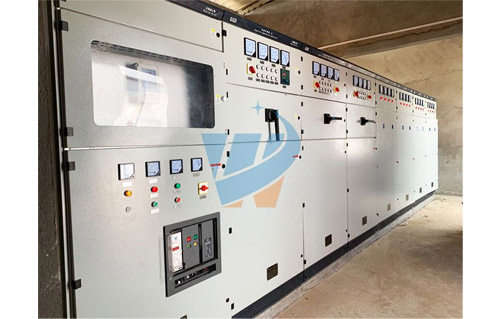 The low-voltage electrical appliances in the low-voltage switchgear are composed of fuses, AC contactors, residual current protective devices, capacitors and meters. These low-voltage electrical appliances are designed and manufactured in accordance with the "Basic Standards for Low-Voltage Electrical Apparatus", and corresponding provisions are made for their normal working conditions: the upper limit of ambient air temperature does not exceed 40. The average value of ambient air temperature for 24h does not exceed 35, and the lower limit of ambient air temperature is not less than -5 or -25. The switch cabinet reconstructed by the rural power grid operates outdoors. It not only generates high temperatures when it is directly exposed to sunlight but also generates heat during operation. Therefore, in the high summer season, the temperature in the switch cabinet box will reach 60 or more. If the temperature greatly exceeds the ambient temperature specified by these appliances, then failures due to overheating of the electrical components in the switch cabinet will occur.

2.Failure due to product quality:

In the reconstruction of rural power grids, because the number of high- and low-voltage switchgears used in mining is very large, but the construction period is short, the distribution box manufacturers need to supply the low-voltage electrical appliances in a hurry and in large quantities. If the requirements are not strict, then a failure will occur shortly after the product is put into operation. For example, some models of AC contactors cannot be operated because the contactor closing coil is burned out shortly after the distribution box is put into operation. Zh

3. Failure of high and low voltage switchgear for mining due to improper selection of electrical appliances:

Due to improper selection of AC contactor capacity during manufacturing, AC contactors of the same capacity were installed for different outgoing circuits, and the imbalance of the three-phase load was not taken into account, and the current level of some of the outgoing contactors was not normally selected. Based on the model, increase a current level selection, which also causes the AC contactor to burn out during high-temperature summer operation. In the transformation of rural power grids, many are low-voltage electrical appliances purchased by the state. The quality requirements are not very high. The general requirement is that they can be used. As a result, users have a lot of problems in the use process, and spend a lot of money. Zh

Our company also has Frequency Converter Cabinet on sale, welcome to consult.

Previous: How to Maintain Inverter Control Cabinet in Summer?

Next: Our company came to a new series of resonance detection equipment for field implementation.