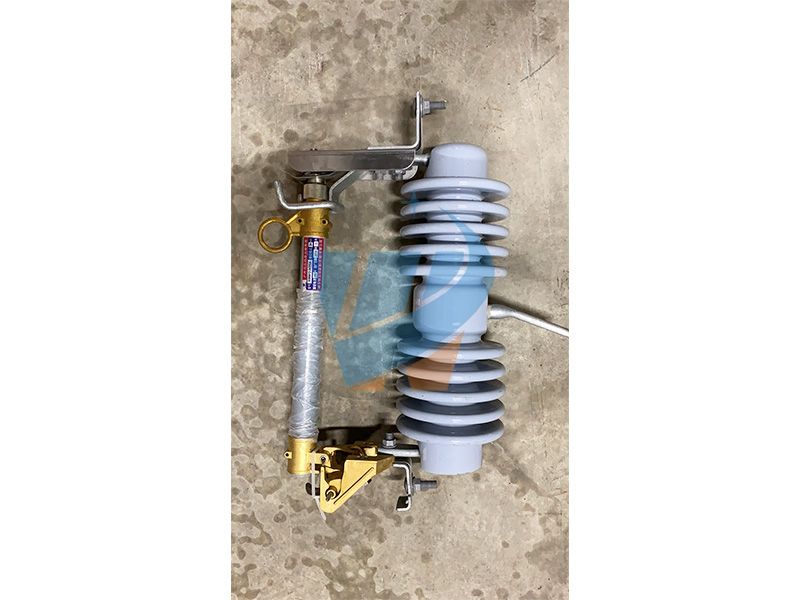 The drop fuse consists of two parts: insulating bracket and fuse pipe. The static contacts are installed at both ends of the insulating bracket, and the movable contacts are installed at both ends of the fuse pipe. The fuse pipe consists of an inner arc extinguishing tube and an outer epoxy glass tube. Pull-load drop fuse adds elastic auxiliary head and arc extinguishing cover to divide and close load current. When a drop fuse is in normal operation, the fuse pipe is tensioned by means of the fuse.

Then a closed position is formed. When the system fails, the fault current causes the fuse to fuse rapidly and form an arc. The arc extinguishing tube is heated by the arc and decomposes a large number of gases, which forms a high pressure in the tube and blows longitudinally along the pipeline. The arc is rapidly elongated and extinguished. After the fuse is fused, the lower moving contact loses tension and turns down. The locking mechanism releases the fuse tube, and the fuse tube falls down, forming an obvious breaking position. When the load needs to be pulled, the contact is pulled by the insulating rod. At this time, the active and static contacts are still in contact. The contacts are pulled by the insulating rod, and the auxiliary contacts are separated. Arc is generated between the auxiliary contacts. The arc is elongated in the slot of the arc extinguishing hood. At the same time, the arc is extinguished when the current passes zero.

IV. Conditions of Use

4. Earthquake intensity does not exceed 8 degrees.

5. Fuses are not suitable for the following places:

A. Places where there is a danger of combustion or explosion;

B. Places with violent vibration or shock;

3. Special requirements can be consulted with our company.