How much do you know about the basics in Low Voltage Switch Cabinet?

There is a wide range of electrical equipment, such as Low Voltage Switch Cabinet, box-type substation, and metering box. Electrical equipment is a general term for generators, transformers, power lines, circuit breakers, etc. in the power system. 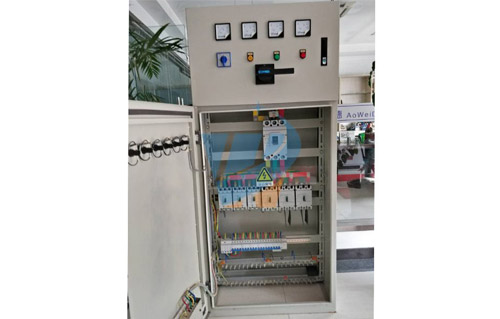 The intersection of three or more circuits and components is called a node.

2. What is the branch road?

The circuit between the two nodes is called a branch.

Any closed circuit is called a loop.

4. What is the main circuit?

All conductive parts of the switching device are intended to close and break the circuit.

5. What is the control loop?

In the switchgear, except for the main circuit, it is connected to open and close; all the conductive parts of the operation circuit are closed and opened.

6. What is the auxiliary circuit?

In the switching device, all conductive parts in the circuit except the main circuit and the control circuit.

If the two wires that lead to the load are directly connected to each other without a load, a short circuit occurs.

As a Power Distribution Cabinet Manufacturer, let me introduce you. To couple the three-phase winding of the power supply into a star, certain bonding rules must be observed.

The rule is to connect the three windings X, Y, and Z. This is called the neutral point of the generator usually called zero.

A relay is a device that produces a predetermined transition in one or more electrical output circuits when the input (or amount of excitation) meets certain specified conditions.

A control relay is a relay used to control, operate, or communicate information.

A protective relay is an electrical measuring relay that is used alone or in combination with other relays to form a protective device. The protection relay reflects the abnormal condition of the protected object, acts according to the predetermined requirements, alarm signal or cuts off the fault.

10. What is the purpose of the current relay? What are the commonly used models?

A current relay is a relay that operates when the current reaches a specified value. Generally used as a protective relay, and some are used as control relays.

Our company also has Outdoor Vacuum Short Circuit for sale. Welcome everyone to consult.

Previous: Do you know the operation skills of the Low Voltage Switch Cabinet for stopping and transmitting power?